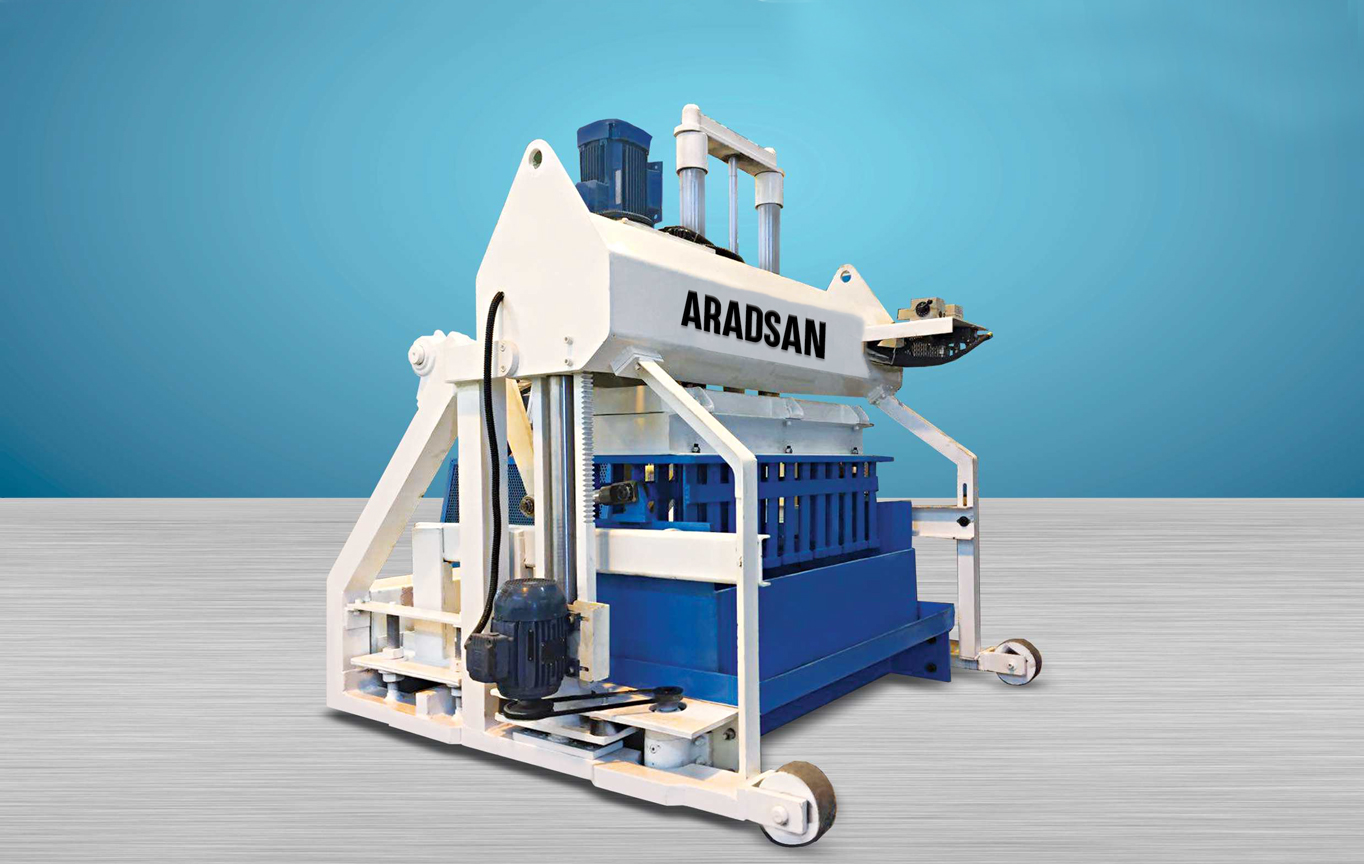 The Hydraulic Movable Hollow Block Machine KAD1100, a very solid system with high performance is designed and manufactured by Aradsan Machine. This system is capable to produce block, curbstone, flower box. This system is also capable to produce different kinds of ceiling block , wall block , partition block by using sand ,pumice , leca and different kinds of curbstone, canivo and gutters up to 30 centimeters height .It is notable that there is no limit for the height of produced curbstones.

This system is Hydraulic. The mould and matrix (shoulder) are moved by jacks.It consist of a loader which can do the action of feeding the moulds automatically. This machine is consist of controlling part, eight set of curbstone mould , six set of block mould with one electro-vibration and two hydraulic vibration, which simultaneously carry out the vibrating and hydraulic press . Maximum used surface in mould is 126*50 cm (20, 30 H).

The difference between this system and previous model (KAD1000) is the automatic operation to feed the mould and high production capacity.

All sheets of moulds are made from ST60 or ST52 and the parts exposed to the friction is manufactured with antifriction steel.

THE GENERATOR OF THE Hydraulic Movable Hollow Block Machine KAD1100:
One 2 hp generator for moving

One 5.5 hp generator for hydraulic system